Men’s Health–Finding the Fountain of Youth

The Introduction of Dave Skattum and the 4 Pillars of Men's Health.

When I was 49 years old, a friend and colleague was lying in a hospital bed with the doctor leaning over him, sawing his leg off. Shortly after that, two more of my friends were diagnosed with diabetes. It almost made my head explode! I thought I was heading in that same direction. I was obese, had a sedentary lifestyle, and ate like a pig.

In the movies, John Wayne and James Bond don’t worry about their health. They get shot, beaten and smashed—then get up and finish off the bad guys. Reality, however, is quite different.

John Wayne developed heart disease and had a cancerous lung removed. Ian Fleming, who created James Bond, died from complications of a chest cold because he bucked his doctor’s orders and played golf instead.

Look at any health statistics and the real story is the same: men live much shorter lives than women and have higher risks for all 15 leading causes of death except Alzheimer’s disease. Despite these statistics, most American men think their health is “excellent”—and they’re dying to prove it. Although their health risks are largely preventable, men’s infrequent health care—combined with behavior that’s better left to Hollywood stuntmen, shortens their lives by more than five years. http://menshealth.org/code/why.html

What do we men need to do? Where do we begin? For me it began with my friend lying in that hospital bed and then having visions of myself living a miserable, unhealthy life. So, I slowly began to change things in my life: the way I thought, ate and worked out—and I paid more attention to my spiritual life. Today I am running the Ironman triathlon, have lost 75 lbs., have highly nutritious eating habits, and I enjoy a balanced family life and rich spiritual life, all of which has propelled me to share what I've learned and gained with you.

In this book, I want to invite you to come along with me on a journey to much better health and wellness, so you can live your dreams to their fullest. We will focus on four critical areas for extreme health improvement: 1) Changing our thinking, 2) Eating nutritious foods that produce health, 3) Getting our bodies in shape, and 4) Jumping into a deeper spiritual life. 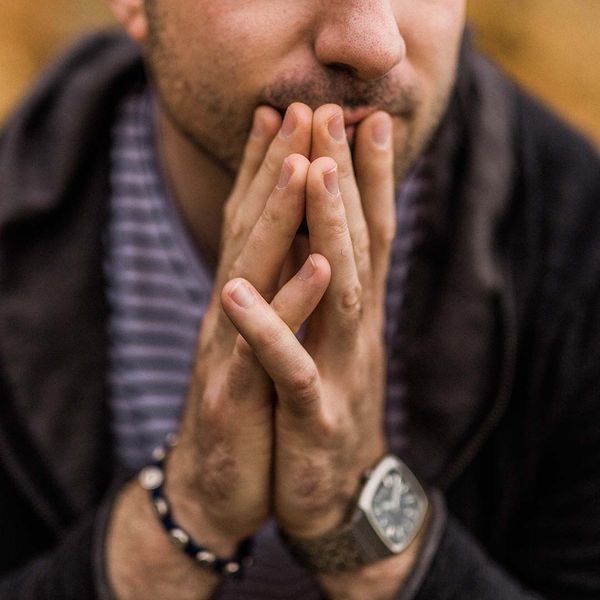 Your thoughts are creative and powerful. With the right thoughts, you create the right beliefs, and you achieve much of what you want. I am a living example of how using correct thinking works. Although I am naturally an optimistic person, as I have matured, I realize just how much I thoughts have created my life—the good the bad and the ugly. In future blogs, you will join me in my discovery of the power of those words.

Your thoughts can create a wonderful life, bring you more wealth, more confidence, more success, better relationships–just about anything you want.

However, your thoughts can also make your life miserable, lead to financial disaster, create unneeded struggle, increased emotional pain and more hardships, and force you into dysfunctional relationships—the kind that just don’t work or leave you unhappy and unfulfilled. Soon, we will be talking about purposefully choosing positive thoughts and how that will change your life.

We will be exploring how affirmations, choosing positive thoughts, and always learning new things will dramatically change your life. And later, we will jump into what happens when we continually strive to grow and improve by learning new things. 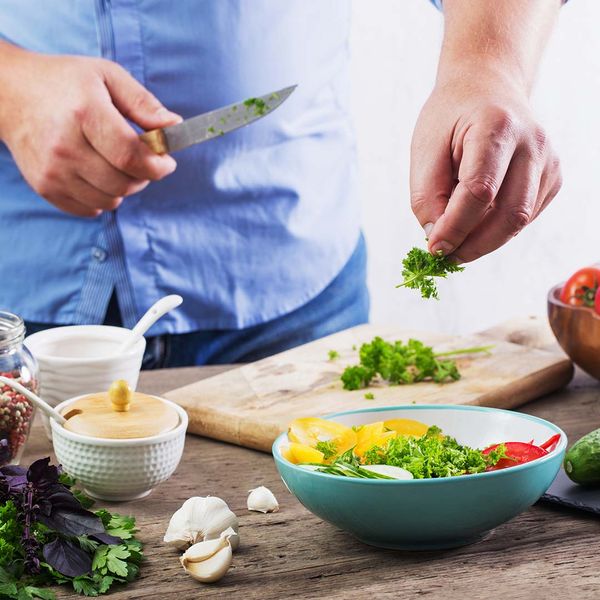 I grew up on and live on a ranch in Montana. Hard work and a steady diet of meat and potatoes are a way of life! It took me years of study, experimentation, and some family scorn to realize how important a plant-based diet was for my health. Your food choices each day affect your health and will determine how you feel today, tomorrow and in the future.

Good nutrition is an important part of leading a healthy lifestyle. Combined with physical activity, your diet can help you to reach and maintain a healthy weight, reduce your risk of chronic diseases (like heart disease and cancer) and promote your overall health. We will later take an in-depth look at six superfoods that you should strive to eat every day. They can best be remembered with the acronym GBOMBS, which stands for: Greens, Beans, Onions (and Garlic), Mushrooms, Berries, Seeds (and Nuts.) We will discuss the amazing impact these six foods will have one your life when you start to eat them every day.

The standard American diet—appropriately called the SAD diet—consists mainly of meat, dairy, fat and sugar, as well as refined, processed, and junk foods. Switching to a plant-based diet, shifting to an emphasis on fresh vegetables and fruits, can help prevent and even reverse some of the top killer diseases in the Western world and can even be more effective than medication and surgery. Even after years of eating the SAD diet, it’s possible to reduce your risk of degenerative diseases by eating healthier. Toxic hunger and emotional eating are major contributors to poor health and will be discussed in-depth in another blog.

Eventually, I will tell you about my miserable failures with dieting and why typical diets don’t work. We will be changing our attitudes about nutrition and you will learn about the ANDI Food Scoring system that will help you evaluate the best foods to eat. 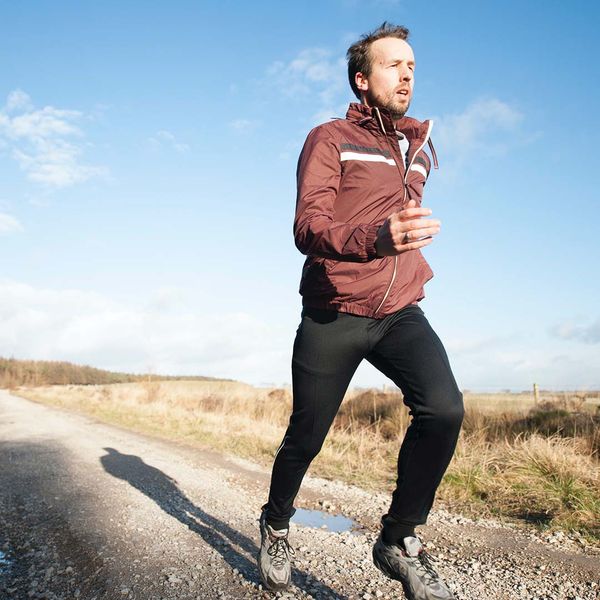 Getting Your Body in Shape

Just one problem—you don’t quite know HOW.

Here’s some good reasons to get into shape:

What does it mean to be in shape? How do you do it? Why should you care? You will learn about three things that will help tremendously to get your body in shape and stay in shape: 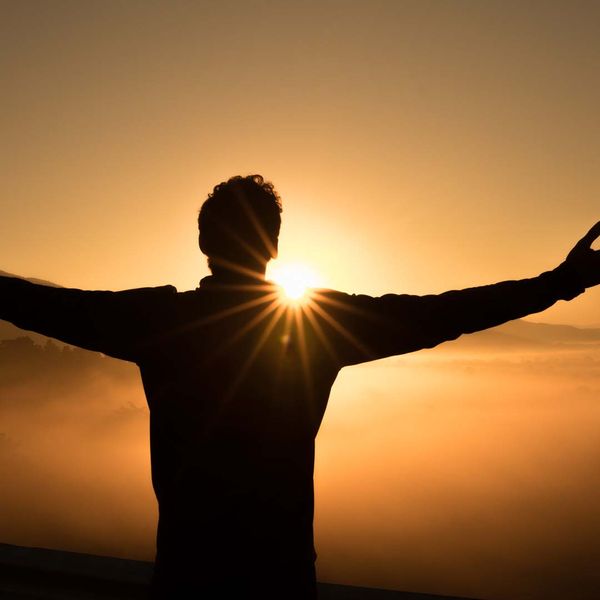 Jumping into a Deeper Spiritual Life

While I did save spiritual health for last, for me it is the underlying thread that ties my life together. The statistics show that 95% of us believe in God or a higher power, so I know this is a big deal to many of us. My spiritual life gives me inner strength during hard times. It gives me peace in times of stress and turmoil, and nourishes me with an abiding hope for the future. If I had to choose the most important area to develop in my life, spirituality would be an easy first choice for me.

While it's easy to see the effects of taking care of our physical health, through workouts, nutrition and positive thinking, keeping our spiritual health in check requires a different type of exercise—an internal, soul-searching one. That might seem intimidating, but defining your spirituality doesn't have to be as rigid as a diet. You might want to ask yourself what difference spiritual health has made in the lives of those around you, and if the journey within is worth taking that first step. Just because your spiritual health isn't something you can see in the mirror, doesn't mean that it won't make all the difference in the world—even if it's only in your world.

Here are some questions to ask yourself, the answers to which can indicate that you are in good spiritual health:

In future blogs, we will discuss three areas that have helped me grow spiritually. These are prayer, meditation, and fasting.